Sheepskin garments are among the most renowned for their quality and confort, they come from the processing of the skin of the male of the sheep, also known as ram. This noun comes from the Latin, from the term multo-onis, in turn of gallic origin, whose meaning is to mount. 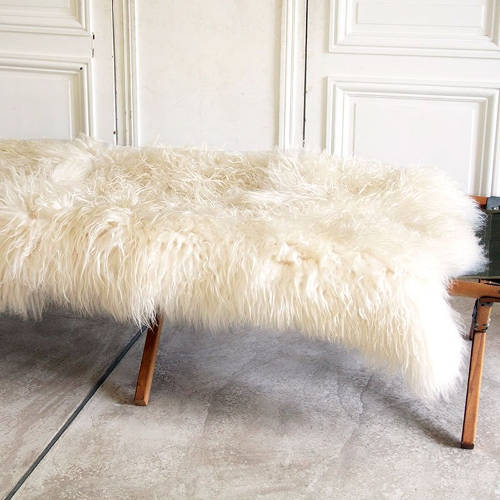 The origins of the use of ram

The sheep has been tamed in very ancient times and using its skin in the coldest parts of the world goes back to remote times: just think that in the archaeological site of Subashi, in the Chinese region of Xinjiang Uighur, has been found a mummy that goes back to 500 A.C. That was wearing the forerunners of sheepskin boots.

Ram, or shall we say its skin has always accompanied the winters of generations of people living in the coldest countries: all the slot of regions close to the poles where at first have been tamed and then breed sheep from which later on have got all the materials they need from (meat, wool, skins). Even the Inuit and the Eskimos that live in the polar regions use sheepskin to produce kamipaks or marnguaqs: warm boots that are then greased in order to make them waterproof. Beside that, famous brands of shoes originated from specific requirements, like the sheepskin boots used by the Australian surfers in order to protect themselves from cold weather after their incursions in the cold waters of their sea.

Naturally not just boots are needed, for this reason the sheepskin sold in the coldest Countries concerns also other garments. Heavy jackets manufactured with this material ensure a level of warmth that can be compared only to the best synthetic fabrics, they also have the natural ability to let the skin breath, allowing air circulation and ousting of dampness.